The alpine skiing team of the Georg-Wimmer-Schule Lahr currently consists of five athletes with a mental disability and three supervisors. Usually the team trains once a year for a week in the Black Forest and then takes part in a competition of the Special Olympics in Baden-Württemberg, Germany or Liechtenstein. After the previous ski suits from the Georg Wimmer School had been worn for a number of years and used in many competitions, new ones were purchased for this season.

When choosing the ski suits, bright colors and a clear distinguishing feature were important. On the slopes it is not that easy to find or recognize one another again and again. This time it was jackets and trousers in bright blue tones. The special distinguishing feature are the trouser legs, which have different colors. Another new feature is that the logo of the Special Olympics association has been printed next to the sponsor’s logo. As soon as it becomes possible again, the first training will take place in the new outfit. The whole team is really looking forward to it! Without the donation from metaltex, the purchase of the new ski suits would not have been possible. At this point, a big thank you for your generosity. 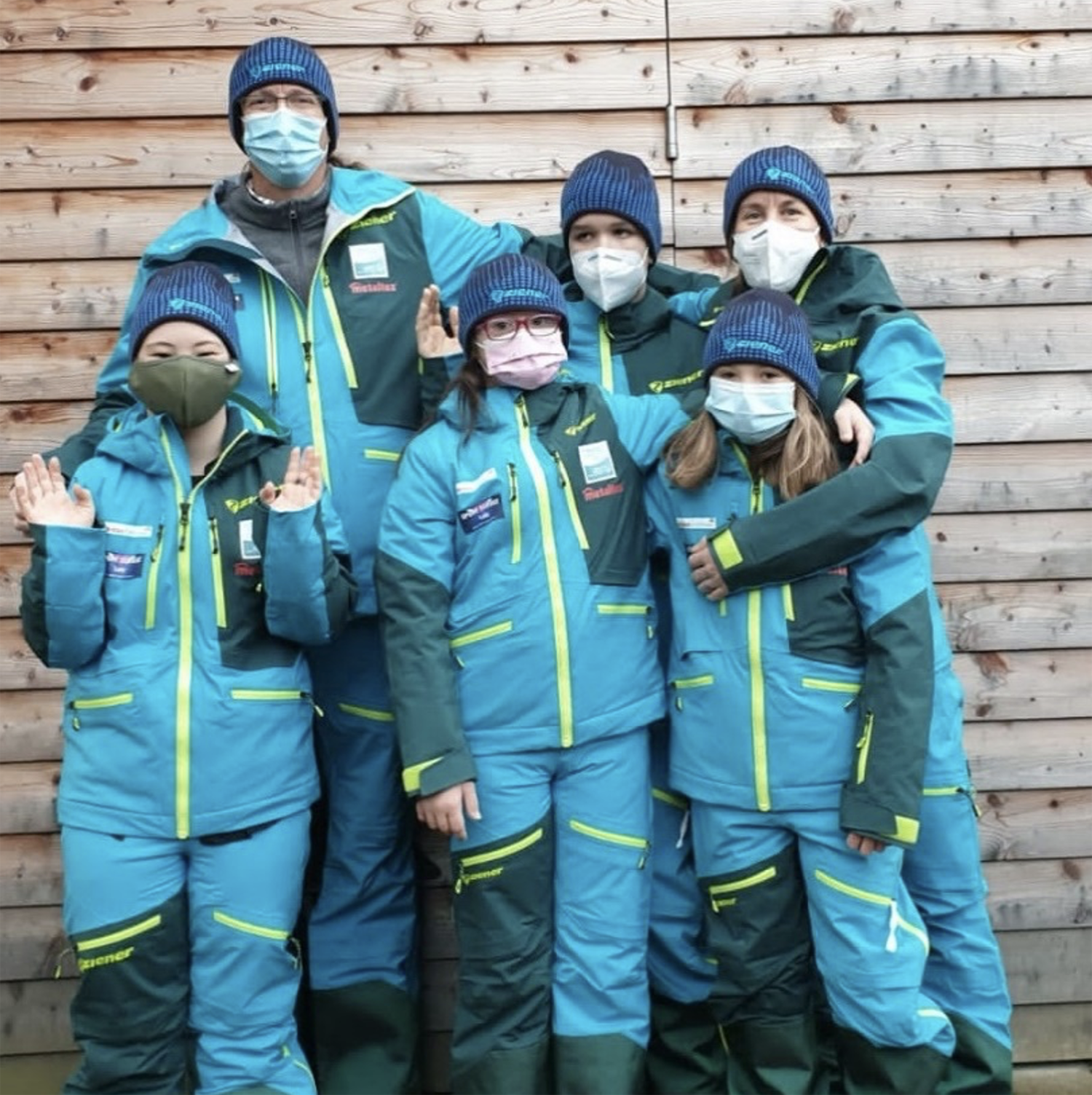